The Skull is a class in Disgaea 3: Absence of Justice. Retaining his design from Disgaea 2: Cursed Memories, he appears as a young version of the original Skull from Disgaea: Hour of Darkness. Unlike the older Skulls, he doesn't wear his hood over his face and instead has it sitting above his forehead. His native Evility, Magic Bundle, increases the power of his Special Attacks but also increases the SP needed to use them. Like his female counterpart, his first three tiers are unlocked at the start, each using a different element of magic. According to the official website, the Skulls attend an advanced school of magic. 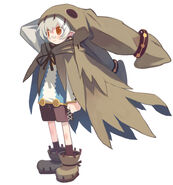 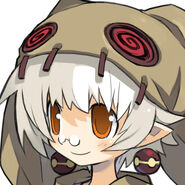 Skull's Cut-In Image
Add a photo to this gallery
Retrieved from "https://disgaea.fandom.com/wiki/Skull_(Disgaea_3)?oldid=35456"
Community content is available under CC-BY-SA unless otherwise noted.