Start a Wiki
Rival is Kurtis's class from Disgaea: Hour of Darkness and its remakes after he becomes a Prinny.

As a Prinny, Kurtis will explode when thrown and costs 1 HL to heal.

“He saved Jennifer from General Carter, but he died in the process. He died nobly, but his crimes were so great that he became a Prinny. Even as a Prinny, he works to protect Earth as he atones for his sins.”
—The World of Disgaea 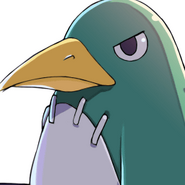 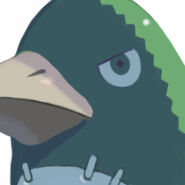 Retrieved from "https://disgaea.fandom.com/wiki/Rival_(Player)?oldid=46511"
Community content is available under CC-BY-SA unless otherwise noted.