The Mage is a Humanoid class in Disgaea: Hour of Darkness. Mages are only proficient in the use of staves, which allows them to cast devastating spells. Aside from gender (the Mage is female, the Skull is male), the only gameplay difference between a Mage and a Skull is an Aptitude difference between Speed and Hit (the Mage has better speed).

Be careful with the Mage, however. While being a heavy hitter with magic, she is often weak in defense, along with having very little HP to back her up. Players should keep this weakness in mind when facing enemy mages in the Item World.

Many players often equip their own Mages with Muscles to improve the chances of the mage living, should the Mage be hit.

A Level 10 mage of any tier is required in order to unlock the Knight class.

Three Level 5 Mages of all three elements (One Blue Mage, One Red Mage, and One Green Mage) are needed to unlock the Star Mage tier for this class.

“"Magic" is the term used to describe the power behind the "Laws of the Seven Spiritual Elements." This law was proposed by the father of alchemy and Netherworld geology, Vryamid, who also created the Geo Effect. More precisely, magic is a chain reaction caused by consuming spiritual energy and releasing the spiritual elements within. The title of a mage, Troyra, comes from Troylab, meaning "self-sacrifice" in the ancient language.”
—The World of Disgaea The same quote exists with minor alterations in the Disgaea DS Collection Book as well.

All Mage Spell Ranges are dependent on Staff mastery and skill level. 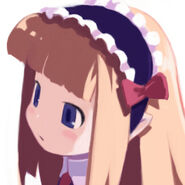 Artwork
Add a photo to this gallery
Retrieved from "https://disgaea.fandom.com/wiki/Mage_(Disgaea)?oldid=47026"
Community content is available under CC-BY-SA unless otherwise noted.