The Hero Prinny is the main character(s) in Prinny: Can I Really Be the Hero?. He is an average Prinny who wears a Red Scarf that protects him from exploding.

In the game he is a randomly chosen Prinny who is given the task of getting Etna the Ultra Dessert before tomorrow. The Red Scarf she gives him prevents him from exploding but it only lasts so many times (Shown by the game's HP Counters). He is part of a 1000 Prinny Squad and if he is defeated, another Prinny will come, put on the Scarf and take his place. What happens in the story can't actually be put onto this article because of the nature of the game: the game lets you go to each level (excluding the key end ones) in whatever order you like and the bosses (and Ultra Dessert Ingredients) will be different depending on when you go, resulting in a slightly different story. However, after you beat the first levels, the story is the same no matter what. After the Prinny gets the Ultra Dessert Ingredients, he goes to Aged Sage Alter to meet the Flavor Sage "Spice-T" and asks him to make the dessert. He does but he will only give it to the Prinny if he can beat Chefbot-9000. After the battle, the Ultra Dessert is stolen by a monster named Sir Sweet and the Prinny must trek past the Black Dessert Desert to reach Sir Sweet's fortress and get back the Ultra Dessert before Morning. In the alternate Asagi Mode, all the bosses are replaced with Asagi who is trying to get the Prinny's game for herself.

In one cutscene, it's revealed that at least one of these Prinnies was a corrupt cop in their mortal life.

The Hero Prinny makes a brief appearance in the Disgaea anime, despite the fact that Etna gave him the scarf after the events of Disgaea: Hour of Darkness. When the Prinnies got together to create an independent country, Prinny World, the Hero Prinny showed up. He acted as a leader (even though the Prinny Overlord was technically their leader) and gave speeches to the arriving Prinnies about how demons were unintelligent and undeserving of rule over the Prinnies.

The Hero Prinny appears as a DLC Character in Disgaea 3. He doesn't come to Evil Academy to be a teacher, rather he comes to defeat the dean. He battles Mao in a cutscene that is exactly like the Gourmet Ogre boss battle in Prinny: Can I Really Be The Hero, with Mao's sprite overlaying the boss'. He beats Mao in the cutscene but Mao says the battle isn't anywhere near over and challenges the Prinny to a normal battle. After being defeated, The Hero Prinny tries to show that he really is a hero and goes into another cutscene where he reenacts the Nethergrasslands level of Prinny: Can I Really Be The Hero, but due to his own carelessness is defeated and explodes. Although almost instantaneously afterwards, his replacement comes in and acts in his place. Mao then captures the Prinny and his replacements, making him playable. In battle he has access to his Ground Stomp and Air Slash Attacks as well as an attack where he goes into the Gear Metal Yay tank from the game and blasts the enemies. He Magichanges into a Gun and his Magichange attacks are exactly the same as a normal Prinny's. His Evility is rather unique as it makes it so that if he's defeated in battle, he is sent back to the Base Panel and can be dispatched again however the dispatched character counter still stays down. This means he can be Dispatched up to 10 times. This is a reference to the fact that he has 1000 lives in his own game.

The Hero Prinny is a special playable character in the PSP version of Phantom Brave. He shows up in the post game, seeking to defeat the final boss of the game. When informed that he has already been dealt with, Hero Prinny insists on fighting a strong boss. Marona and Ash ignore his ramblings and decide that Hero Prinny is an endangered animal (Prinnies do not show up at all in the main storyline, and the type of random dungeons that they appear in are very rare) and attempt to capture him. Hero Prinny resists and is accedently killed when he is defeated. Returning as a phantom, he is shocked to learn of the calm, peaceful life phantoms enjoy on Phantom Isle and abandons his dream of reincarnation to join Marona. 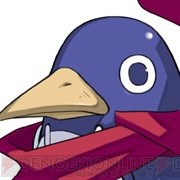 Hero Prinny's cut-in image from Disgaea 3
Add a photo to this gallery
Retrieved from "https://disgaea.fandom.com/wiki/Hero_Prinny?oldid=43981"
Community content is available under CC-BY-SA unless otherwise noted.