Geoffrey is Mao's butler. He is incredibly devoted to helping Mao make his dream a reality, including preparing several things ahead of time, which the other characters comment on.

He's later revealed to be Super Hero Aurum in disguise, grooming Mao to be the perfect opponent. 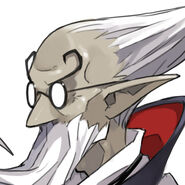 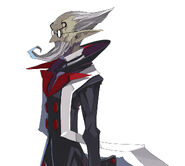 Geoffrey's Cut-in
Add a photo to this gallery

This article or section is a stub. Please help the Disgaea Wiki by expanding it, so it won't stay a little shrimp like Laharl.
Retrieved from "https://disgaea.fandom.com/wiki/Geoffrey?oldid=41722"
Community content is available under CC-BY-SA unless otherwise noted.