A Female Warrior class is one of the starting classes in Disgaea: Hour of Darkness. They are mostly known for their beginning specialty in Swords and Spears.

While their Defense is better than the Female Brawler, thus making them able to take physical hits, their Resistance is still rather low, leaving a lot to be desired when facing off against enemies with magical attacks.

The only real difference they have from their Male counterparts is the specialty in Spears, and inverted Aptitudes in DEF and RES.

Since those with the potential to become female warriors are rare, the qualified few are adopted by a master and spend their lives training under them. Their masters are usually retired female warriors. The students are called the Liebe, and they are taught battle techniques and methods of survival. 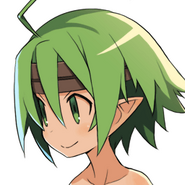 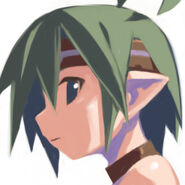 Concept Artwork
Add a photo to this gallery
Retrieved from "https://disgaea.fandom.com/wiki/Female_Warrior_(Disgaea)?oldid=46498"
Community content is available under CC-BY-SA unless otherwise noted.