The EDF Soldier is an unlockable class in Disgaea: Hour of Darkness. The EDF Soldiers have no voices when attacking, much like Maderas and Hoggmeiser. This class is the only humanoid class that is story mode exclusive; they will not be seen in the Item World at any time.

While the EDF Soldier's absolute best weapon is the Gun, they also do very well with Fists and Axes. Their aptitudes, however, are more on par with using a gun, since all tiers have 120% in Hit.

The thing that any player should remember about the EDF Soldiers, be it that they are facing them or using them as their own, is that all tiers of these soldiers have a 110% Aptitude in Defense but a horrible aptitude in Resistance, making them incredibly open to any magic attacks.

The EDF soldiers protect the Earth with their mighty technology. EDF soldiers are almost as popular with Earth children as Defenders of the Earth. Their skill with axes and guns is matched by their skill in hand-to-hand combat. Since science beat out magic on Earth, many soldiers can't use a staff. 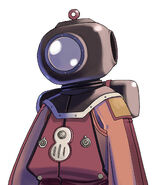 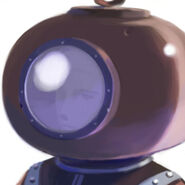 EDF Soldier's Cut-In Image
Add a photo to this gallery
Retrieved from "https://disgaea.fandom.com/wiki/EDF_Soldier?oldid=41141"
Community content is available under CC-BY-SA unless otherwise noted.