A wiki and resource for the Disgaea series that anyone can edit!

Disgaea is a series of SRPGs created and published by Nippon Ichi. The series is known for its unique setting, humour and high focus on level grinding, jobs and stat growth. Each of the games explore the Netherworld, the realm of demons, as well as Celestia, the abode of angels, and Earth, the home of humans. 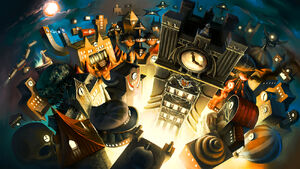 The background used for the stage selection screen in Disgaea 3: Absence of Justice, featuring the Evil Academy

Want your community included? See how!