The Android is a Humanoid class in Disgaea 4: A Promise Unforgotten. It is unlocked after beating the game and starting a new cycle.

The Android is advanced weaponry and technology in female form. The "eye radar" on their face is used to detect their surroundings. The Androids have A.I. allowing them to think independently but are very loyal and follow the orders of their superiors without question. Some Androids go out alone to hone their power. Under certain conditions, the Androids receive a massive power boost (as shown with the class's Native Evility "One Man Army" which increases the Android's stats by 100% if all of the player's other units have been defeated and the Android is the only unit remaining).

The Android has no weapon proficiencies and can be comfortably given just about anything provided its stats are aligned the right way; Of course, the Android will lag behind the rest of the party statistically unless extensive Chara World customization is performed; as despite having higher initial Aptitudes, Movement, (ETC.) when compared to the Majin class in Disgaea 3, they still have the lowest unassisted Aptitudes of all playable classes.

The Android class can learn up 2 skills for each weapon, starting at the 4th tier onward. 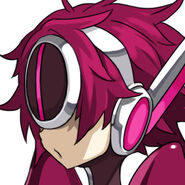 Android Concept Art
Add a photo to this gallery
Retrieved from "https://disgaea.fandom.com/wiki/Android?oldid=37948"
Community content is available under CC-BY-SA unless otherwise noted.